[reprinted from Laurel L. Russwurm: CC is for Creator’s Choice]

I am amazed at how quickly technology has progressed to the point where we have the tools to inexpensively create and share all types of media. I think we may be at the point where the most expensive aspect of creating a piece of artistic media is the human labour. When I went to school for Media Arts (film, video, audio, a/v) that certainly was not the case. The equipment was expensive: we could sign out Nagra sync sound recorders that I recall cost a great many thousands of dollars, particularly for struggling students. And the cost of Film stock was very very expensive.

Which is why I was so incredibly impressed with filmmaker Robert Rodriguez‘ Cinderella tale of becoming a feature film director. His ingenuity allowed him to make El Mariachi for much less than the going rate if making a movie trailer.

Rebel without a Crew: Or How a 23-Year-Old Filmmaker With $7,000 Became a Hollywood Player was terrific. Not just because the book is as well written a “making of” as you’re likely to find, but because young Rodriguez figured out how to become a feature film maker by thinking outside the box. He bypassed the crushing weight of the most expensive part of film making: the cost of film stock and prints for distribution.

[Even cooler, Rodriguez was willing to talk about it and share his insights with other filmmakers in an attempt to help those coming after.]

As it happens, the digital revolution which followed substantially lowered the barriers to entry and today digital imaging is the next thing to free. Movie theaters are switching to digital transmission for the same reasons.

It used to cost tens of thousands or perhaps even hundreds of thousands of dollars to outfit a music recording studio. So naturally cutting a record was a pricey affair.

Once all the tracks were laid down and mixed you had the associated costs of artwork, pressing and distribution. An expensive proposition.

But just like the film world, media technology has gone digital and today, if you’re organized, it is possible to cut a full length commercial CD in a professional studio for around a thousand dollars. A tech savvy musician can DIY commercial quality product in their basement for next to nothing. 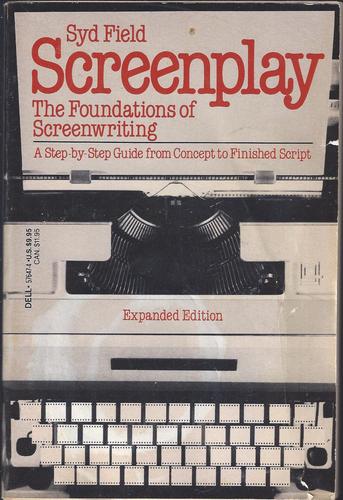 The same was true of book publication. Certainly publishers have editorial staff. They employ readers and editors and typesetters. One of the best books I’ve read on screenwriting was written by Syd Field, a Hollywood reader who distilled what he learned as a reader into practical writing advice in a book called Screenplay.

The editorial staff edits and assembles the product. One important function they have traditionally provided was to filter out the very best material. And never forget that the addition of editorial input often improved the work. Traditionally there has been lots of expertise in the publishing industry, but the bottom line was always that the guy who owns the presses and the distribution network is the guy in charge. The most brilliant book editor could always be over ruled by the publisher. (Or the publisher’s girlfriend.)

There is great deal of turmoil in all types of publishing today as the entire world has been altered by the Internet and the accompanying technology.

In real terms this media revolution– not just for film or music but photography, writing, software and art– really anything that can be digitally reproduced — has made it possible for pretty much anyone to be a media creator. The monetary costs involved boil down to the initial outlay necessary for equipment and digital storage. After that the outlay is minimal

I remember when a blank video tape cost $20. That could hold one movie you taped off TV. Of course that was back in the day when the cable companies encouraged Canadians to use this new technology to “time shift.” Today that’s one of the many diverse activities that are lumped together under the umbrella label of ‘piracy.’

About ten years ago or so I remember my sister had an unimaginably huge hard drive – far and away the largest of anyone I knew — on her computer. Today that 2 gigabyte drive is laughably tiny. At this point 2 gigabyte flash drives are routinely used to transport assignments between school and home (and probably at the low end).

And now I just read Michael Hart‘s observation about his seventy five dollar “terabyte pocket drive” (for books digitized by Project Gutenberg) that is:

no larger and not much heavier than a book, and it will hold 2.5 million such books in .zip format.”

One of the interesting things I’ve learned about recently from Wayne Borean’s excellent series on Copyright in his Through the Looking Glass blog, where Wayne describes this kind of revolutionary technology that changes the way the world functions as a “Disruptive Technological Change“.

Add the Internet to the mix and you have a perfect distribution medium that’s virtually free.   [With the proviso that net neutrality is protected Internet access won’t be degraded via ‘throttling’ and and carrier/ISPs won’t be able to price it out of the range of ordinary people with Usage Based Billing.]

This means we’re living in a world where we can all create.

Since we all have the ability to be both content creators and distributors as well as content consumers, every citizen needs to have a say in the copyright debate and the eventual revision to our copyright laws.

The thing about art and culture is that it is for sharing. I can’t think of any art in any medium that is created out of a vacuum. Everything is built on something else. This has been going on since the beginning of time. Before we had written words, verbal histories were handed down.

We are all informed by our culture; all creators are influenced by others. Everything we learn, everything we see, hear, feel and touch goes into our experience pool and will have an effect on our creations. Shakespeare’s plays are re-mixes of other works, and today we would call the Brothers Grimm Fairy Tale aggregators. In their day they had to physically travel all aver Europe to gather up all the best stories. Today we just need a good search engine and enough bandwidth to get it done.

A standing joke firmly rooted in reality is that the only way to sell a movie idea to Hollywood is by comparing it to another.

And have you ever noticed that an overwhelming majority of Disney theatrical feature films are based on stories in the public domain?

Which is why I am extremely grateful for the development of Creative Commons Licenses that offer creators a variety of alternatives.

Creative Commons licensing is a marvelous tool that allows creators to get around the detrimental and restrictive aspects of copyright law. Creators can release their work in the way that they want to.

The reason I love Raffaella Traniello’s film so much is because it does such a good job getting the message across. Every song I’ve heard, every movie I’ve watched, every picture I’ve seen, every bit of art I’ve ever been exposed to, everything that has danced across my senses has been absorbed and makes me who I am. The creativity of others has become part of my life experience, and as it’s distilled through my unconscious and forms the basis of my own creativity. No art comes out of a vacuum; it collaborates with a culture. Art needs to share and be shared, which is why I believe that the current copyright law has already gone too far.

Creative Commons defines the spectrum of possibilities between full copyright and the public domain. From all rights reserved to no rights reserved. Our licenses help you keep your copyright while allowing certain uses of your work — a “some rights reserved” copyright.

I try to generate all the images for all my own blogs, but sometimes that simply isn’t possible. At this point with everything that’s happening in copyright law around the world, I’m less inclined to want to use “fair dealing” images; particularly as what is covered may well change. So any time I do an image search, I search for Creative Commons licensed Images. When searching either Google Images or Flickr Images you can select “advanced search” and choose “labeled for reuse”. Most if not all images in Wikimedia Commons are released under a CC license. And now the Creative Commons search page can direct your searches as well.

A Creative Commons license allows creators to tailor the license to balance their comfort level with the needs of their project.

The greatest thing about CC Licensing is that it gives choices back to creators.

Charles Robinson illustration of Oscar Wilde’s “The Nightengale and the Rose” is in the public domain; one of many great works preserved via digitization by Project Gutenberg