If you are interested in licensing your work to allow people to use, share or modify it, Choose a Creative Commons License 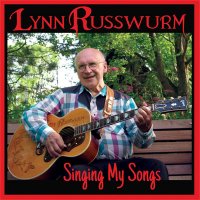 Creative Commons also provides tools for marking work that is in the Public Domain, or releasing your own work directly into the public domain. Since copyright law varies around the world, there may be impediments to this depending on where you live.

Anyone can write their own license, but this can pose a number of problems. It is important to read any license agreement carefully because it is actually a legal contract. Whether you are a user or a creator, make sure you understand what you are agreeing to. If a user fails to honor the terms of the license, the agreement is voided, which means your use of the work is subject to the full force of copyright law. Without a valid the license, the work reverts to Copyright all rights reserved, which means the user is now in a position of infringing copyright — and liable to a $5,000. – $20,000. fine.

If you are a creator, once you license your work, you can’t legally withdraw this grant of permission except in the case of a particular user who flouts the license terms. What you can do is withdraw the work from circulation, but even then anyone who has used the work under your original license terms may continue to do so. It is always possible to change your license to one that is less restrictive. Originally my blogs were licensed CC By-Sa but I have since decreased the restrictions by changing the license to the less restrictive CC by.

Since a license is a legal tool, one question that arises is whether a non-standard license will stand up in court. One of the assets of CC Licenses is that they are written by lawyers.

License interoperability is another area of concern. Very often works with different licenses have mutually exclusive terms. This means it might not be legally possible to combine two or more works with different licenses. Even if the licenses are similar, the terms might be mutually exclusive. If licensing is so confusing that users need to consult a lawyer, they defeat the purpose.

Another problem with non-standard licenses is being able to find work that has been licensed in this manner. It’s hard enough to find Creative Commons licensed work online.

My favorite home brew license is the WTFPL – Do What The Fuck You Want To Public License, but then, I’m a copyright radical who has come to think we may just be better off without any copyright monopoly at all.