Once I got a domain name for Mother’s Day.

It came with a single accessory: a link to htmlDog. Since then I’ve become a blogger and stumbled into the tech community. Throughout my own adventures I’ve become a free culture and free software advocate.

Learning how to do tech stuff does not come naturally to me, but I am a maker; if I really want to make something, I will keep trying until I get it. It might not be an elegant solution, but the thing will work. My extra edge has been assistance from a combination of RL people and the virtual tech community I visit. I feel like a master of the universe whenever the light bulb gpes on over my head, but mostly I am just struggling to make it work. My family has been a helpful resource in my struggles to learn about tech and understand tech issues. This blog is a way for me to translate what I’ve learned from my own struggles with technology. This blog isn’t published on anything like a set schedule; 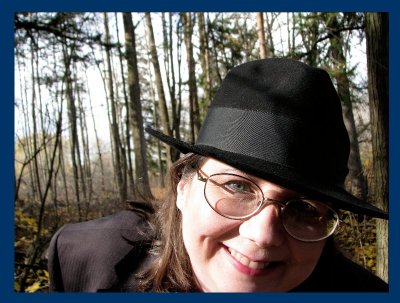 I’m really a self-publishing novelist, who made my first novelling attempt at thirteen, when I learned how not to write a novel.

Venturing into the world of self publishing,  I co-edited the fanzine CANEKTION, through high school and beyond.

Going on to study Media Arts at Sheridan College led to a media career with television production credits spanning projects as diverse as Rob Iscove‘s ABC After School Special ‘Romeo and Juliet on Ice‘ and Oscar winning documentarian John Zaritsky‘s ‘Rapists: Can They Be Stopped‘.

Writing episodic television, including Night Heat, Tintin, Babar, and The NeverEnding Story, with adventures in story editing on Hot Shots and T. and T. came to an end when i took a childrearing hiatus. During that time I began dabbling in digital image manipulation, web design, blogging, and the Internet.

Even so, the siren song of novelling was far too strong to resist, because writing remains my first love. I’m currently at work on my next novel, “The Girl in the Blue Flame Cafe“.

You can follow Laurel on various social networking media: 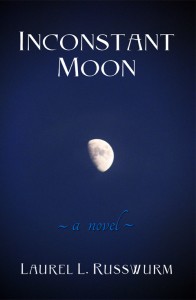 Laurel also has pages on ♥ IMDB ♥ CreateSpace ♥ MySpace and

You needn’t register with any social network for this as all my information can be freely accessed from Identi.ca and my blogs without registration.

You can always drop me a line at
laurel.l@russwurm.org