In spite of misgivings about Google’s domination of the Internet, a little while back I decided to give g+ a chance. But at the moment it looks like g+ doesn’t really want my content.

When I decided to start an “Author Page” I determined to post the same content across three platforms (on Facebook, on g+ and self hosted on the open web). Like all such pages, my “Author Page” exists to promote my personal “brand” as a self-publishing author. I do that by talking about writing. Today’s post is on my self hosted page and on Faceboook, but g+ has slapped a filter on it, and is “holding it for review” … is it because I have too many links? Or is it because some of them link to Facebook? 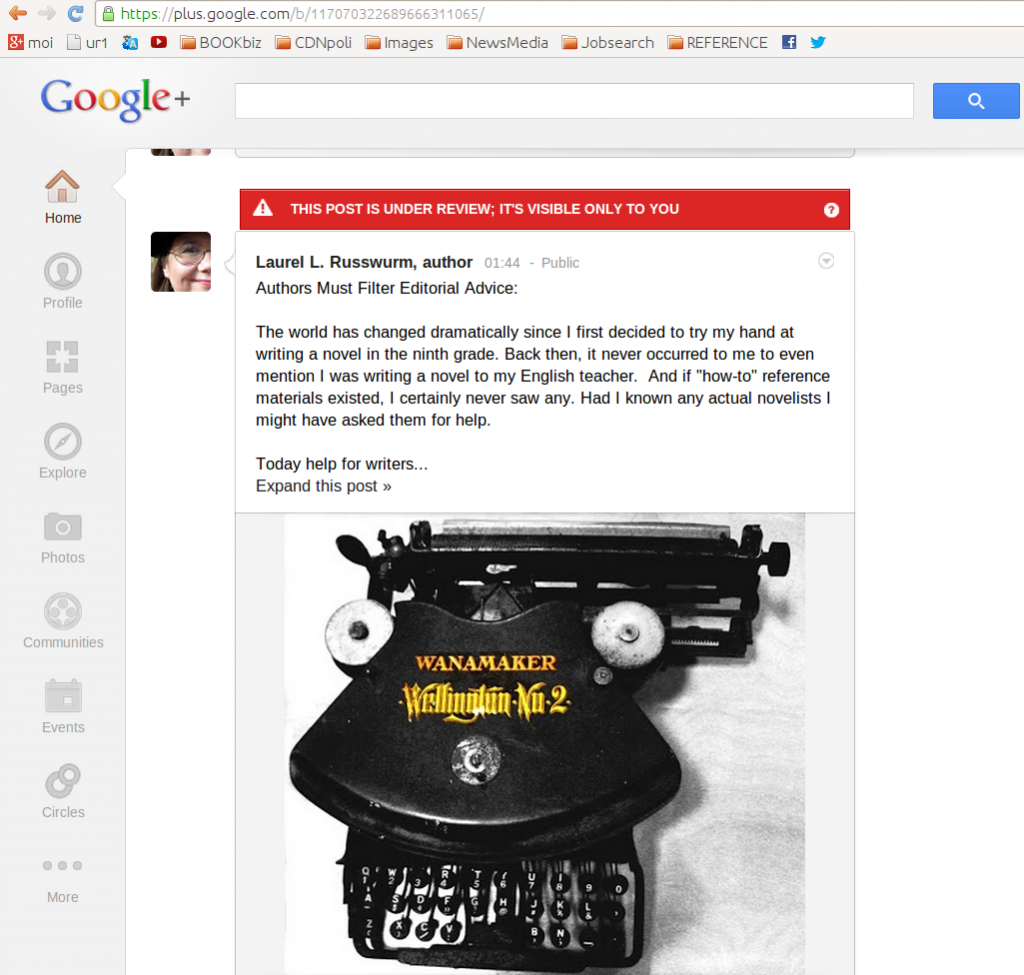 I’ve been putting effort into incorporating as many links as are appropriate in every blog post I’ve written since I began blogging in 2009. It’s a lot of work, but hyperlinks are one of the things that make the Internet so valuable. If Google is going to penalize me for this, what good is it?

If you want to see what the fuss is about, you can read my post on Faceboook or on the self-hosted page, just *not* on the g+ Author Page.

I clicked the button saying I want thie post reviewed. It’s all up to some Google staffer to decide whether I can publish my work there. Some faceless total stranger will determine whether or not my work gets published in Google’s proprietary space. One click is the only self defense plea I get. Is it worth it to me to fight for this?

This is a shining example of why we need an open Internet. Because if the day comes when Google controls the Internet, there won’t be any alternatives.

UPDATE: I’m pleased to announce that Google+ has released my article from purgatory, and it’s now publicly avaialble on g+.

Although the speed of the turnaround is gratifying, it is disturbing that web platforms like Google+ wield such power over the users who provide such valuable content. Corporations should not have the power to censor people.