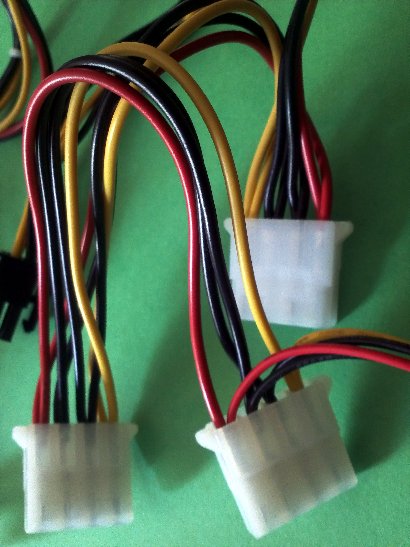 As a middle aged mother, I’ve been learning (and sharing what I’ve learned) about net neutrality, the importance of free software, free culture, nd an open Internet, ever since I began hand coding my own HTML web pages and participating on the Internet in 2009. As a creator from a creative family, as well as publishing my own content online, I run a blog for my eighty three year old father. I have come to consider myself a netizen.

One reason DRM is dangerous is that it can hide all manner of spyware and malware from users. Another is that most people don’t even know what it is, or if they do, how to recognize it. While governments have allowed large corporations and media conglomerates to cripple digital products with DRM, there is no requirement anywhere in the world to to inform customers or computer users of such application.

I have avoided DRM wherever possible, but even with the absurd extension of copyright laws, I have been certain that free culture will win out eventually. But that confidence presupposes a free market.

In Canada where I live, our new Copyright Act makes it illegal to circumvent DRM for any reason at all, even if the the circumvention is allowed under our “fair dealing” exemptions, or if the DRM is applied inappropriately. I consider the application of DRM to freely licensed or public domain creative works to be inappropriate.

This is a huge concern for me, both as a cultural consumer and as a self publishing author. Existing copyright law has prevented me from even seeing the finished production of one of my own works.

Independent creators and Internet users are already at a huge disadvantage, because the large media special interests have the wherewithal to successfully lobby governments around the world into maximizing copyright laws and the attendant copyright monopoly to their own great benefit, at our expense.

These large and powerful special interest groups have long had a seat at the W3C table. But where is there representation for Internet users?

Most of the public does not even know W3C exists, let alone how to comment on an issue such as this. Although I am passionately interested in the subject, until I read Harry Halpin’s Guardian article last week, I had no idea there was any way for Internet users or creators to express our dismay beyond signing the Defective By Design’s “Keep DRM out of Web standards — Reject the Encrypted Media Extensions (EME) proposal” Petition. But Mr. Halpin pretty much implies that petition wasn’t enough.

Although Canada has been a world leader in Internet adoption, most Canadians are still not online. For most of those who are, participation on Facebook signifies the height of technical prowess. Certainly most Canadians haven’t even heard of the Guardian, and so will not have even read the article.

Mr. Halpin essentially gave me the weekend to get the word out. This weekend Identi.ca, the social network of choice for a great many people who are aware of these issues, is undergoing a massive migration from a backend of StatusNet to pump.io software. Many users like myself have been consumed in setting up our own federated status net instances. As well, those of us with privacy concerns have been caught up in the NSA Prism news story. For myself, I’ve had two major family happenings this weekend in addition to those online issues.

Maybe a few people who understand the issue will have read the blog post I wrote, but a weekend is not much time. Especially considering that the special interests that want DRM written into the Web Standard have been at the table for so very much longer.

Until the W3C holds a widely publicized meaningful consultation process, that Free Software Petition must be given at least as much weight as the opinions of any other group of stakeholders. Perhaps more, since the inclusion of DRM in the standard panders to the direct benefit of a specific special interest lobby group. Internet Users are easily the largest group of stakeholders, and our exclusion from the process means that the W3C must look out for the public good.

Keeping even a whiff of DRM out of the Web Standard will not harm the corporate special interests who lobby so effectively for it. They can just continue on as they have been, locking their own content behind DRM. Allowing the DRM toehold EME provides will lead to DRM becoming the default.

DRM exists to break interoperability. If DRM is allowed into the W3C Standard, it will become the W3C Standard. If W3C supports this, it will sacrifice the free and open Internet, not just for us, but for generations to come.

Please don’t do this.